My heart goes out to the people of Kerala: Vivek Oberoi 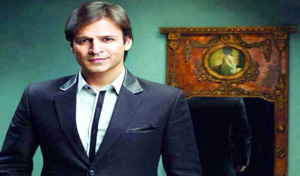 New Delhi, It's a sad time for the country, as torrential floods continue to affect the state of Kerala, with approximately 167 reported deaths. As the calamity continues to shake the nation, Vivek Anand Oberoi, who has not only lent his voice but also his time, effort and monetary support to causes he feels strongly about, hopes to do his bit to help citizens. 'As a public figure I feel responsible to use my social platforms for a greater good. This is the need of the hour and my heart goes out to the people of Kerala,' Vivek said. Vivek has a special connection with the state and the people of Kerala and has been offering prayers at the Sabrimala Temple for the last 18 years. The actor and philantropist had earlier done commendable work in 2004, for the victims affected by the Tsunami, that hit the Eastern and South coastal areas. Despite shooting miles away for his Malayalam film, the star recently took to his social media platform to inform citizens of rescue helpline numbers in Kerala.With this Vivek hopes to catalyse quicker rescue operations for those in need.