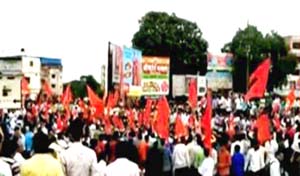 London, The much awaited and anticipated Test series is all set to commence today at Edgbaston where the World No.1 Test team will be at loggerheads with England. The Indian team members have been in the best of spirits, and after having played a three-day warm-up game against Essex, the boys look all geared up for the challenge ahead. The Team India Captain Virat Kohli who has been put on the hot seat, even before the team embarked on this journey, addressed the media on Tuesday and threw light on the mood in the Indian camp and the thought process going into the five-match Test series. In a media interaction on India’s overall preparations, Kohli said, Preparations have been good. Those playing in limited overs got lots of time to adjust, while those players who have come only for Tests got time to prepare well too. They played India ‘A’ matches and the practice game too was good. All of us are in a good frame of mind. Batsmen and bowlers are confident. We are all excited. This is a five-match series and not a two or three-match series, where if things go wrong in one match, desperation sinks in. On the depth in Indian bowling, he said, “I think our bowling attack has matured over the years. They’ve gained experience of playing all around the world and understand conditions, pitches and opposition batsmen as well. They are pretty comfortable with their games and that is pretty much what happens with the batsmen as well. Our bowlers have come a long way from the last time we toured all these countries. We are a more confident unit now.” On whether India would consider themselves as favourite or the underdogs, the Team India captain said, “It doesn’t matter. Whether you are the favourite or the underdog, you still have to go out and perform and do well on the field. If you are an underdog, it’s not a given that pressure will only be on the opposition. Or if you are the favourite, it’s not certain that the underdogs will come out and be fearless the whole time.” “ I think it’s the balance that’s required. We’ve played enough cricket to understand that these are things that happen on the outside. As a professional cricketer, you have to go out there and execute what you are picked for,” he said.