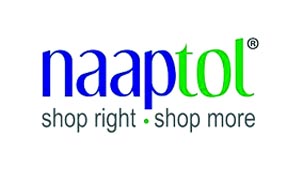 Thrissur: Naaptol, the biggest online shopping company today opened its shop in Thrissur city, the first ever such shop in India. “So far customers used to shop online various products from Naaptol, but now they can touch, feel and satisfy the products before buying “ said Head of operations Maneesh Chaubey. He said the company which had started operations in India since 2008, has now grown as the dominant player in the field. The company is planning to open four more such centres- Indore, Hyderabad, Ahmedabad and Jaipur. In the next one year the company has plans tyo open 100 more shops. Chaubey said Thrissur had the highest number of online shoppers during the last few years and that was the reason why decided to open the first shop in India in this beautiful city. “We have spent Rs 700 crores so far and in the next five years, we are planning to spend Rs 500 crores. Our motto is to become the best retailer and not the biggest”. On an average we are earning Rs 200 crore per month and spending approximately 15 per cent on marketing. Last month, the company had 16500 home deliveries, he said.