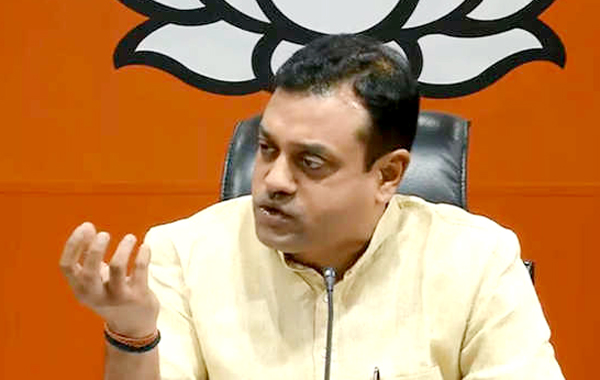 New Delhi, The BJP on Tuesday charged Congress party with being 'confused' and hatching conspiracy often to undermine national security and said the party has in the past even provided launching ground to the Naxalism under the patronage of Sonia Gandhi-headed National Advisory Council. "The NAC which was brainchild of former Congress President Sonia Gandhi ....that body was in fact the ground for supporting Naxalism," BJP spokesman Sambit Patra told reporters here. He said the Congress leaders have been often found indulging in acts that would mean 'romanticising the Naxalism'. Mr Patra said the Congress has followed a double standard policy vis-a-vis Naxalism as some leaders like Dr Manmohan Singh or even the then Home Ministers under UPA referred to the Maoists movement as the single biggest threat to Indian security, on the other hand some leaders spoke in different tune and romanticised and sided with Naxalism openly. Releasing some documents, he claimed that some organisations with their known leaning to the Maoist bodies were even helped with financial support. He criticised senior Congress leader Digvijaya Singh and said Congress needs to issue convincing explanation on certain matters. Mr Patra said in one instance, the then Rural Development Minister Jairam Ramesh had even tried to influence the course of a case involving one Mahesh Raut, who was arrested by Maharashtra police.