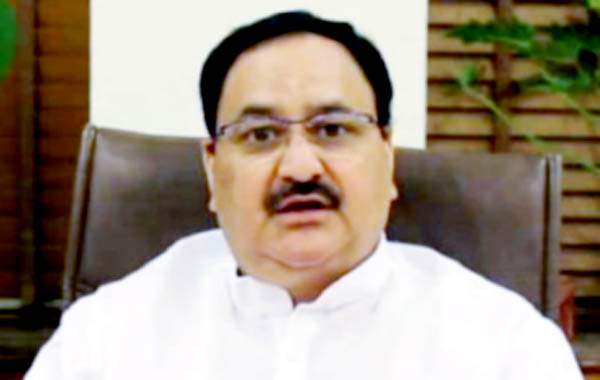 New Delhi, Union Minister for Health and Family Welfare J P Nadda on Tuesday reassured the states for all support from the Centre for prevention and control of Zika virus and seasonal influenza. It was stated by the Minister while chairing a high-level meeting to review the activities for prevention and control of Zika virus and seasonal influenza. In the meeting, Mr Nadda reassured the states for all support from the Union Government. For control of Zika virus in Rajasthan, the Health Minister emphasised on the need for continuous monitoring. He stated that the Ministry is in regular contact with the state officials. Mr Nadda spoke to the Chief Minister of Rajasthan today. Secretary (Health) is monitoring the situation on a daily basis in regular coordination with the State Health Secretary. The Health Minister stressed on the need for undertaking exhaustive control measures including intensive fogging for next month in order to ensure vector control in the area, an official statement said here. Stressing on strengthening surveillance to facilitate the early identification of cases, the Minister urged the people not to panic and cooperate with the health officials in controlling the breeding of the vectors. He added that there was no shortage of medicines and testing kits and required support will be provided to the state. He further directed for mounting aggressive communication campaigns in the state. The Minister stated that awareness is the key in controlling the vector borne diseases and no stone should be left unturned to reach out to the people. Noting that community participation is a crucial area in prevention, the Union Health Minister urged all the stakeholders to start rigorous awareness campaigns regarding the preventive steps to be taken at the community level. He stated that the Union Health Ministry is working along with the state government, the local authorities and the Municipal Corporation for augmenting and strengthening their efforts in vector control, surveillance and awareness activities. Mr Nadda was also briefed about the activities undertaken by the Ministry to control Zika Virus in Rajasthan. He was informed that 80 cases have been reported from the state. At least 330 teams have already been deployed in affected wards of Shastri Nagar (Jaipur) and about 4,34,515 population has been brought under surveillance as of today. At least 86,903 houses have been surveyed. As many as 2,04,875 breeding sites were checked for larvae breeding and 74,483 were found to have larvae breeding. The health workers undertook an on the spot source reduction and containers were treated with temiphose during the survey. They have also carried out focal spray and fogging in affected areas which were recommended by team supervisors. Considering the seasonality of the flu, Mr Nadda has directed the officials to ensure continuous monitoring and vigil on all cases. He specifically instructed that early detection, reporting and proper categorization of patients is critical for seasonal influenza management. The Minister has instructed National Centre for Disease Control (NCDC) to monitor the cases on a daily basis and suggested that states will ensure that proper awareness is created regarding the prevention and management of seasonal Influenza. All states will also ensure that sufficient supplies of drugs and testing kits are maintained at the state level. Further, all cases which require hospitalisation will be monitored intensively both at district and State level so as to ensure that fatalities can be avoided.