Naidu sets off on 3-nation trip to Serbia, Malta and Romania 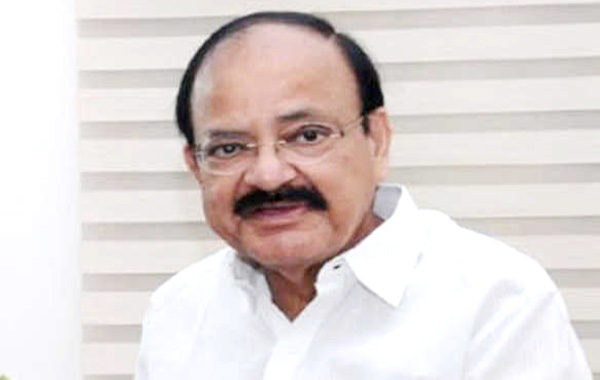 New Delhi, Vice President M Venkaiah Naidu on Friday embarked on a three-nation, week-long visit to Serbia, Malta and Romania which culminates on September 21. Besides strengthening India’s bilateral ties with these three countries, the eight-day visit will help the countries to exchange expertise and share knowledge in the fields of economy, environment, trade and culture, an official release here said. In the first leg of his visit, the Vice President will reach the Serbian capital of Belgrade where he will address members of the Indian diaspora the same evening.He is scheduled to interact with the heads of states of all the three countries and witness the signing of MoUs. As Chairman of the Rajya Sabha, he scheduled to hold delegation-level talks with his counterparts and address their respective Parliaments.He is accompanied by Union Minister of State for Finance Shiv Pratap Shukla and Members of Parliament Ms Vijila Sathyananth, Prasanna Acharya and Ms Saroj Pandey, all Rajya Sabha MPs and Raghav Lakhanpal, Lok Sabha MP. In Serbia, Mr Naidu will attend the official welcome ceremony on Saturday and proceed to Serbia Palace to hold a tête-à-tête meeting with Serbain President Aleksander Vucic. Both the leaders will witness signing of MoUs and release commemorative stamps on Nikola Tesla and Swami Vivekananda. A joint press statement will follow the event. He is also slated to attend the India-Serbia Business Forum meet and later join the banquet hosted by Mr Vucic. The Vice President will hold delegation level talks with the Speaker of the National Assembly of Republic of Serbia Ms Maja Gajkovic and later address the special session of the National Assembly before attending the presentation on the Belgrade Waterfront Project.