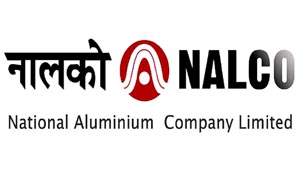 Bhubaneswar, Rated as the lowest cost producer of alumina in the world the National Aluminium Company Limited (NALCO), a Navratna PSU under Ministry of Mines, has achieved highest net profit of Rs.1342 crore in 2017-18, registering over hundred per cent growth against the previous year. According to the audited financial results for 2017-18, taken on record by the Board of Directors in a meeting held here on May 26 last during the FY 2017-18, NALCO has registered more than 100 per cent growth of Rs 1342.19 crore against Rs 669 crore in previous year. Addressing newsmen here NALCO CMD Tapan Kumar Chand said in the 4th quarter the Company has earned a net profit of Rs 257.06 crore. During the year, NALCO was the third highest net Foreign Exchange Earning CPSE in the Country. He said the Net sales turnover for the year was Rs. 9,377 crore (highest ever since inception) registering a growth of 26 per cent over last year. The export earning of Rs 4,076 crore also recorded as highest ever since inception registering a growth of 12 per cent over last year. Mr Chand described, “Year 2017-18 a very rewarding year for NALCO on all fronts stating that the company has improved on all parameters – record production, highest sales and turnover. He said the company is introducing a Game Changing Business Model which will bring additional Rs 935 crore net profit to NALCO. The model provides for focusing operation of Utkal-D, end of 2nd Quarter 2019, commissioning of 1 million tonne of Alumina Refinery, setting up of Wire Rod Mill 3, bringing into stream Caustic Soda Plant and CT Pitch Plant. Dr. Chand further said NALCO is making tie up with ALMEX of USA to set up high end value products. It will also be promoting micro & small industries in downstream through a cash less model of providing aluminium ingot and taking back finished products for marketing by NALCO. Such hand holding by NALCO is bound to make these micro & small industries viable and thereby creating substantial number of employment and warming up.On the new projects in pipeline and the company’s growth plans, Mr.Chand said the 1 million tonne capacity 5th Stream Alumina Refinery brownfield project at the existing Alumina refinery at Damonjodi coting Rs. 5540 crore is expected top be completed by April 2021. The development of Pottangi Bauxite mines at Koraput is expected to be completed in April 2022 and the development of Utkal D and E block at Angul is also likely to be completed by 2022-2023. The company, he said, envisaged to establish 6 lakh TPA brownfield smelter plant and a 6 lakh TPA Greenfield smelter in odisha, 1320 MW thermal power plant at Angul. The DPR for the proposed Greenfield Smelter plant at a cost of Rs.9000 crore will be ready by December 2018 or latest by February 2019 and all likely to be set up at Kamakhyanagar in Odisha’s Dhenkanal district. Mr Chand said the company has come out with a well defined new corporate plan providing a road map for multi fold growth in the revenue to the tune of Rs. 18171 crore in 2024 and Rs 31,248 crore in 2032. The NALCO CMD said for the first of oits kind in the world a nano based technology defluoridation Plant for treating effluent water of smelter plant and making it potable has been achieved success in commercial scale. Similarly, the company is spearheading projects- waste to wealth creation to derive spent liquor from gallium and iron from red mud for commercial success. On the production front, Mr Chand said the bauxite mines of the company had achieved 100 per cent capacity utilization with the production of 68.25 lakh MT for second successive year. The Aluminium smelter production has been consistently increasing over the last five years with the production and achieved highest cast metal production of 4.26 lakh MT, registering a growth of 9.8 per cent over last year. The CPP also achieved net power generation of 6547 MU registering a growth of 7.9 per cent over the year and the Alumina Refinery achieved 100 per cent of normative capacity ( 21 lakh MT) in successive years with production of 21.06lakh MT Alumina Hydrate, Mr Chand said.