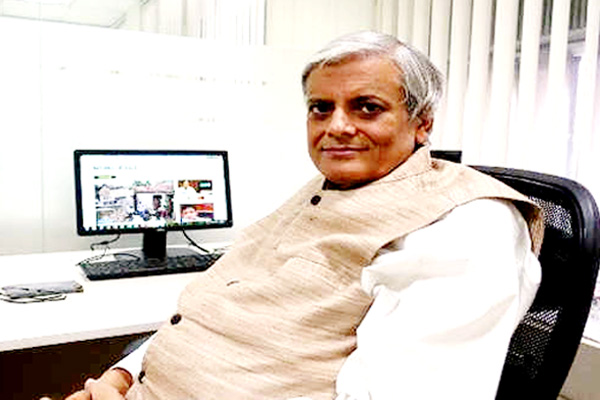 New Delhi, National Herald editor-in-chief Neelabh Mishra died on Saturday morning after a prolonged illness, sources in the publication said. He was 57 and is survived by his long-time partner Kavita Srivastava, brother Shailoj Kumar, sister-in-law Sudha, and niece Nawasha.Neelabh was critically ill with complications resulting from non-alcoholic liver cirrhosis and admitted to the Apollo hospital in Chennai. He developed multiple organ failure before a liver transplant could be carried out. He breathed his last, surrounded by his relatives, friends and comrades.Mishra's mortal remains will be cremated at Nungambakkam Electric crematorium at 15:30 hrs today. The body will be brought to the Nungambakkam crematorium at 1430 hrs for people to pay their last respects. In 2016, Neelabh steered the re-launch of National Herald, the newspaper founded by India’s first Prime Minister Jawaharlal Nehru in 1938, as a digital news website. In 2017, he relaunched the 'National Herald on Sunday' newspaper, and then National Herald’s sister publications Navjivan and Qaumi Awaz as news websites. Before National Herald, Neelabh was editor of Outlook Hindi for several years. An MA in English Literature from Delhi University, Neelabh began his career as a reporter with Navbharat Times in his hometown Patna. He then moved to Rajasthan as the Jaipur correspondent for News Time. He also set up Eenadu TV in Rajasthan in 1998.