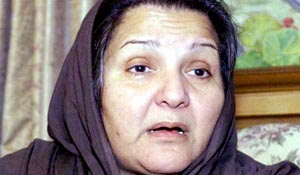 Islamabad,  Former prime minister Nawaz Sharif has reportedly decided to postpone his return to Pakistan for some time following the worsening condition of his ailing wife Kulsoom Nawaz, who is currently undergoing treatment at a hospital in London. The former first lady has been in critical condition after she suffered a cardiac arrest late on Thursday and was admitted to the ICU in London's Harley Street Clinic and placed on ventilator, DawnNewsTV quoted sources as saying.Nawaz Sharif, along with his daughter Maryam Nawaz, travelled to London on the same day. Nawaz and his family are facing three corruption references filed by the National Accountability Bureau (NAB) following his ouster in July last year. He was expected to return to Pakistan on Monday along with her daughter Maryam, but DawnNewsTV reported on Sunday that the doctors in London have asked Nawaz to stay with his wife after assessing her health condition. She has reportedly not regained consciousness since suffering cardiac arrest. Talking to media persons outside Harley Street Clinic, Nawaz said his wife’s condition was critical and doctors have kept her on life support. "She is still in intensive care and sedated," he said. Nawaz’s son Hussain told media persons that the doctors are not able to provide much information to the family at this time. “Doctors can not give a date as to when she will recover. However, they have said that once she [Kulsoom] show’s signs of recovery they will start removing life support one by one,” Hussain said. Former Punjab chief minister Shahbaz Sharif is also in London to see his ailing sister-in-law.