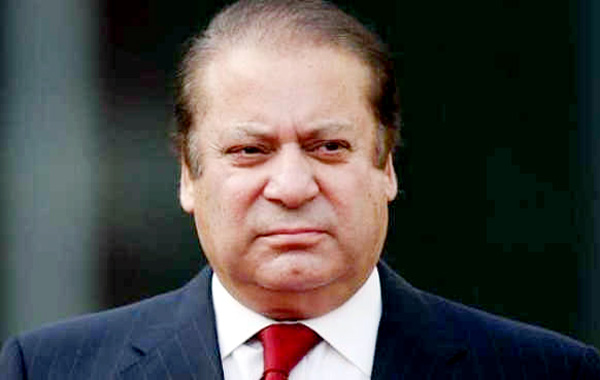 Islamabad, Ousted prime minister Nawaz Sharif's grandsons-- Junaid Safdar and Zakaria Sharif-- were taken into custody on Friday by London police after they reportedly assaulted a man for allegedly hurling abuses at them, Pakistan daily Dawn reported. According to Maryam Sharif, daughter and political heir of the ousted prime minister Nawaz Sharif, said Pakistan Tehreek-e-Insaf (PTI) workers outside their Avenfield apartment verbally abused her son and spat at him. Anyone would have reacted to such unacceptable act, she added. As per initial reports, protesters had gathered outside the Avenfield residence where a man is believed to have hurled abuses towards Maryam's son Junaid and his cousin Zakaria, prompting them to lose their cool and proceed to grab the man by the collar and punch him. The protesters notified the police officials present in the vicinity who took Junaid and Zakaria into custody and shifted them to a nearby police station. "The protesters gathered outside Avenfield House spat at me and tried to attack me," said Junaid Safdar while police was taking him away. Meanwhile, Nawaz Sharif and Maryam Nawaz sentenced to prison in a corruption case on July 6 along with Maryam Nawaz’s husband Captain Safdar, have left for Heathrow Airport from where they will be flying to Pakistan via Dubai.The father-daughter duo are expected to arrive in Lahore at 1815 hrs and surrender to the National Accountability Bureau (NAB).