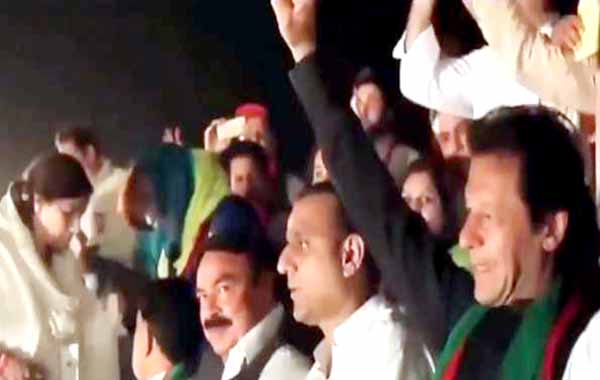 Islamabad, Approximately 20 hours after polling ended on Wednesday, Pakistan is awaiting an official announcement from the Election Commission of Pakistan (ECP) regarding the general election's outcome, said a Dawn report on Thursday. While vote counting ? amid allegations of fraud by PML-N and other political parties ? has been tediously slow, preliminary results indicate that Pakistan Tehreek-i-Insaf (PTI) has obtained a clear edge over other parties. Although PTI workers and supporters started celebrations before the final results, no statement — or even a tweet — has been issued by Imran Khan on his victory. His spokesperson Naeemul Haque, however, tweeted that the PTI chief will “address the nation” today at 2pm “in celebration and recognition of the massive support received from the people of Pakistan in the 2018 elections which was a contest between the forces of good and evil”. On Thursday morning, the first session of the Pakistan Stock Exchange following the elections saw tremendous activity, with the bourse's benchmark 100 index jumping more than 600 points within the first half an hour. PTV News so far, quoting ECP, has released the final results of 40 National Assembly constituencies, according to which PTI is in the lead with its candidates winning 28 seats; PML-N has secured 5 seats; PPPP 3, Grand Democratic Alliance (GDA) 1 and Muttahida Majlis–e–Amal (MMA) 1. Two seats have been secured by independent candidates. Counting is still going on at the polling stations of different constituencies.