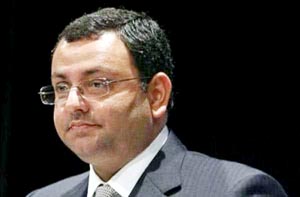 Mumbai, The National Company Law Tribunal (NCLT) dismissed on Monday Cyrus Mistry’s plea challenging his ouster as the chairman of the Tata Sons group. However, this could be termed only as a 'pit stop' in the country’s largest corporate war, as Mistry is readying to move the National Company Law Appellate Tribunal (NCLAT). Mistry, former Tata Sons Chairman, had filed petitions in December 2016, following a boardroom coup that led to his ouster. NCLT’s Mumbai special Bench of B S V Prakash Kumar and V Nallasenapathy dismissed Cyrus Mistry's petition. The Tribunal said a company’s board was competent enough to remove the Chairman, adding that Mistry was ousted as the Tata Sons' board had lost confidence in him. Mistry's camp is now planning to challenge the order at NCLAT in New Delhi, lawyer Somasekhar Sundaresan said, adding, the fight for ethical corporate governance will continue. Today’s order comes after a series of hearing at NCLT Mumbai and NCLAT Delhi. Mistry was removed because the Tata Sons board and majority of its members lost confidence in him after he sent out certain crucial information about the company to the I-T department, leaked details to the media and came out openly in public against the company's shareholders and its board, the NCLT said in a ruling that is being viewed as a vindication of the group after an 18-month feud. Mistry, who took over as the chairman in 2012 after Ratan Tata announced his retirement, was removed from the position in October 2016. Two months later, he and his family-run investment firm, Cyrus Investments, approached the NCLT as minority shareholders against the corporate monolith and others, including Ratan Tata. The plea said five months later Mistry was also removed from the post of director of Tata Sons' board for approaching the NCLT.