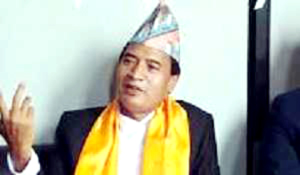 Kathmandu, The law minister of Nepal, Sher Bahadur Tamang, has resigned following intense criticism for his controversial remarks on Nepali girls studying in Bangladesh. Tamang announced his resignation at a press conference in Kathmandu on Tuesday, the Kathmandu Post reported. He came under fire after commenting at a programme on July 20 that Nepali girls who are studying or have studied MBBS in Bangladesh were “bound to compromise their honour to claim their certificates”, according to the report. He offered apology but was under pressure from within his party, including Prime Minister KP Sharma Oli and former prime minister Madhav Kumar Nepal, to step down from his post.