Nia Sharma ready to make her Bollywood debut with Vikram Bhatt’s next! 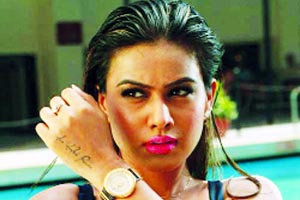 Filmmaker Vikram Bhatt has roped in actress Nia Sharma for his next feature film. While details of the film are still being etched out, the actress and director will be coming together for their first full length feature. Nia has earlier worked with Bhatt in the “Twisted” web series. The actress will also be seen in the upcoming sequel of “Twisted”, titled “Twisted 2”, which will narrate the story of, Aliya Mukherji who is framed for the murder of her boyfriend Vinod. The plot progresses with more twisted turns and suspense than the first part.