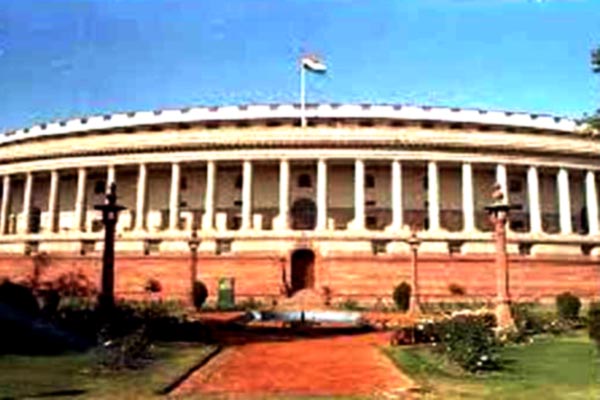 New Delhi, Continuous acrimonious scenes, slogan shouting and members rushing to the well of the House yet again forced the Lok Sabha Speaker Sumitra Mahajan to adjourn the proceedings till 1200 hours on Tuesday. There was no let up in protests in the Lok Sabha as members from principal opposition Congress carrying placards against government rushed to the well of the House as soon as the day's proceedings got underway. They raised the issue of alleged fleeing of Lalit Modi and Vijay Mallya even as some members raised slogans on the recent PNB scam. The Speaker hardly called for taking up of listed questions, members from Andhra Pradesh belonging to Telugu Desam Party (TDP) and YSR Congress Party entered into the well carrying placards demanding Special Category status for Andhra Pradesh. Members from NDA ally TDP were heard raising slogans like: "We want justice". Last week, the TDP also had pulled out two Ministers from the Modi government to ventilate their grievances for not granting Special Category status to the "bifurcated" Andhra Pradesh. A question pertaining to the Ministry of Agriculture was taken up but as there was no improvement in the situation and nothing could be heard in the din, the chair adjourned the House till 12 noon. Both the Houses of Parliament have failed to transact any business since the beginning of the second part of the Budget session of Parliament on March 5.