No invite received from RSS: Cong 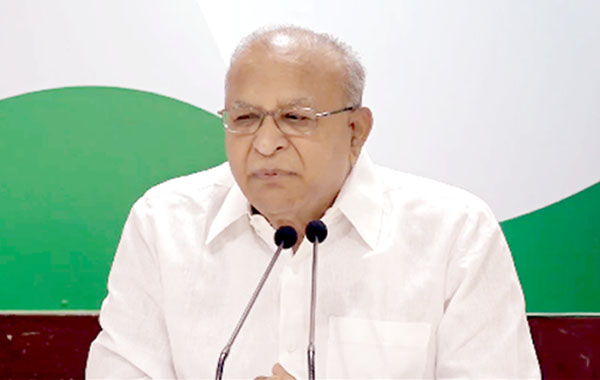 New Delhi, The Congress on Tuesday said that no invite had been received by party president Rahul Gandhi to participate in any RSS event and that the party would come out with an appropriate response once it is received. Talking to reporters here, AICC spokesperson Jaipal Reddy, reacting to reports that the Congress president had been invited at a three-day lecture series organised by the RSS at Vigyan Bhavan from September 17-19, said, 'no invite has been received from the RSS by the Congress president Rahul Gandhi. So the question of any response does not arise. As and when it is receieved, the Congress will give an appropriate response .' Reports in a section of the media had said on Tuesday that Rahul has been invited to the event by the RSS. The RSS has organised a lecture series where its chief Mohan Bhagwat will present the RSS’ view on various contemporary issues of national importance, the RSS said in a statement.