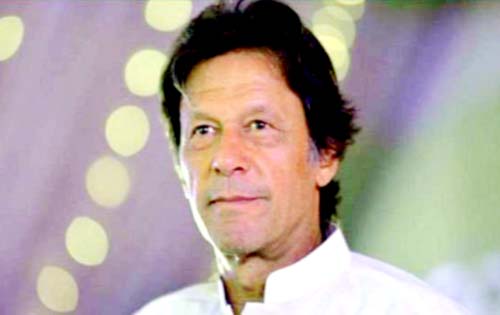 Islamabad, Pakistan Prime Minister Imran Khan has shocked the people by saying that his government did not have money to run the country.PM Khan on Friday blamed the previous government led by Mr Abbasi of creating loss-making projects during his tenure. However he added: "If the nation and government are together there are no challenges that cannot be faced," according to the media reports here. Khan, while addressing bureaucrats at an event in Islamabad, said the country was stuck in a classic debt-trap. He said, “Our politicians need to change, our bureaucracy needs to change and our people need to change. We’re at a genuine crossroads and if we don’t change there’s disaster ahead.” The Pakistan PM further went on to say that that majority of the population in the country was young and on the lookout for jobs. He added, “There is no money to run the country and 70 per cent of our country is under 30, every day more young people enter the job market but there are no jobs for them.” Saying so, he cited an example of the metro bus service. He said figures were presented before the cabinet quite recently and they showed that they were running at a loss though they were repaying the loans taken with interest. He added that the government is paying Rs 6 billion in interest every year. Khan also went on to speak about Darwin’s theory of survival and said it is not the fittest but the most adaptable who will survive. He said people must change and break the shackles of the colonial mindset. He added, “Maybe God has created the crisis because he wants us to change.” Khan further said that if the nation and government are together there are no challenges that cannot be faced. The PM said that leaders were sitting on the people’s tax money and votes and leaders must accept that it was their responsibility to serve these people. He also told the bureaucrats to work for the welfare of the people and assured that he would protect them from any undue political pressure. Saying so, Khan added that even if a bureaucrat did not like him or PTI, he would stand by them if they work for the country.