No need to get concerned about UN report on Kashmir, its motivated: Army Chief 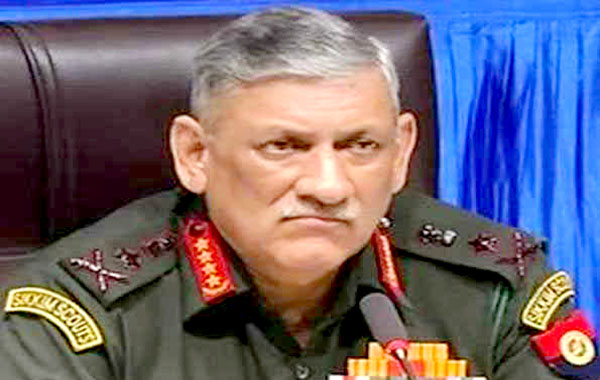 New Delhi, Dismissing United Nation Human Rights Council’s (UNHRC) report of alleged violation of human rights in Kashmir, Army Chief Gen Bipin Rawat on Wednesday termed the report as “motivated” and said there is no need to get concerned about it as the Indian Army’s human rights record is above board. Talking to reporters here after inaugural session of Cybertech India 2018 seminar, Gen Rawat said, “I don’t think we need to speak about the human rights record of the Indian Army. It is well known to all, it is well known to the people of the Kashmir, it is well known to the International community. So I don’t think we should get so concerned about this report. Some of these reports are motivated.” “Human rights record of the Indian Army is absolutely above board,” the army chief added. Earlier, the ministry of external affairs had also rejected the report by calling it "fallacious, tendentious and motivated" and also questioned its intent in bringing out a selective compilation of largely unverified information to build a false narrative. The UN released the report on June 14 and talked about alleged human rights violations in both Kashmir and Pakistan-occupied-Kashmir and sought an international inquiry into these so-called abuses.