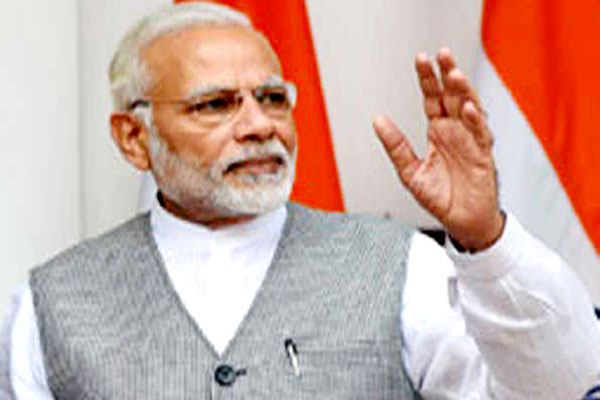 New Delhi (UNI) Prime Minister Narendra Modi on Monday asserted that all issues between India and Pakistan are bilateral and there is no scope for third party mediation. During a meeting with US President Donald Trump on the sidelines of G-7 Summit in France’s Biarritz, Prime Minister Modi said that both India and Pakistan have to fight poverty and illiteracy. “When I called Pakistan PM after he won elections, I told him that both countries need to fight against poverty, illiteracy and other bigger issues. We need to overcome our differences and work together,” Mr Modi said. “Issues between India and Pakistan are bilateral nature, and we do not want mediation from any country in the world. If before 1947 we were one country, then I think we can find a solution now too,” he said. President Trump said, “We spoke last night about Kashmir, Prime Minister really feels he has it under control. They speak with Pakistan and I’m sure that they will be able to do something that will be very good.” During his recent meeting with Pakistan Prime Minister Imran Khan in Washington, President Trump is reported to have said that he was ready for mediation between India and Pakistan on Kashmir issue, if the two sides wanted. India has rejected repeatedly any offer of mediation by any country to solve issues with Pakistan. Earlier, Prime Minister Narendra Modi on Monday addressed a session on ‘Biodiversity, Oceans, Climate’ at G-7 summit here and highlighted India’s efforts at eliminating the single-use of plastic, conserving water and harnessing solar energy. The Prime Minister underlined India’s contribution to addressing climate change, water stress, and ocean pollution. He also spoke about India’s efforts at harnessing solar energy and protecting flora and fauna. Meanwhile, United States President Donald Trump on Monday said that his country is being treated more fairly now by the World Trade Organisation (WTO) in view of the US’ recent victories in major cases. “We haven’t been happy with the WTO. But now we are winning cases, we won the big airbus case... it was the tremendous case, billions of dollars. That was the most recent victory; we are being treated more fairly now in the WTO, which we appreciate.”