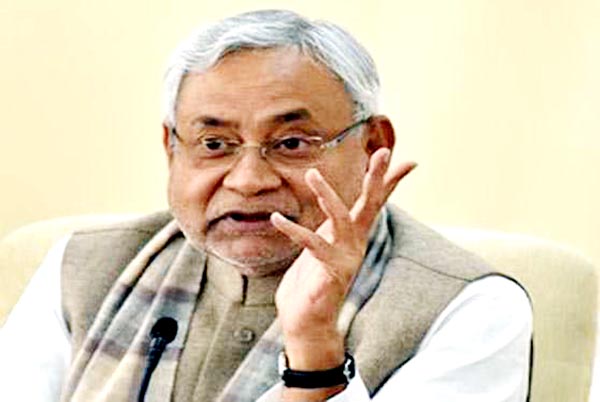 Patna,[/caption] After defeat of BJP in Rajasthan by-polls, Bihar Chief Minister Nitish Kumar today claimed there was no vacancy for PM in 2019 Lok Sabha poll as BJP led NDA government was all set to return to power, saying by-elections did not reflect the general mood of the public. Mr Kumar, after 'Lok Samvad' programme organised at his official residence, said that BJP lead NDA government would return to power in 2019 Lok Sabha polls comfortably and there should not be any doubt over the issue, so there was no vacancy for the post of Prime Minister. Responding to a query on crushing defeats of BJP in Rajasthan by-polls, Chief Minister said by-elections did not reflect the general mood of the public. In 2009 Lok Sabha election, NDA had won 32 seats in Bihar and 206 seats in state assembly elections in 2010, he said adding that the performance of NDA was poor in by-elections held during the intervening period. Mr Kumar said he had predicted comfortable victory of BJP in Gujarat assembly elections and the result confirmed his prediction. The BJP got 48 per cent votes in Gujarat assembly elections, which was a good performance from all counts, he added.