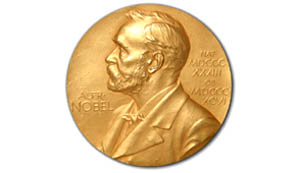 Stockholm, The organisation that decides the Nobel Prize for Literature has said it will not announce an award this year, after it was engulfed in a scandal over sexual assault allegations, according to a BBC News report on Friday. The Swedish Academy has been in crisis over its handling of allegations against the husband of a member.She has since quit, as have the academy's head and four other members. The academy says it will now announce the 2018 winner along with the 2019 winner next year.The scandal is the biggest to hit the prize since it was first awarded in 1901.The academy said the decision had been made due to a lack of public confidence. Some academy members had argued that the prize should proceed to protect the tradition, but others said the institution was in no state to present the award. Apart from six years during the world wars, there has been only one year when the prize was not awarded. No worthy winner was found in 1935. Divisions started to emerge last November when French photographer Jean-Claude Arnault, who ran a cultural project with funding from the Swedish Academy, was accused by 18 women of sexual assault. Several of the alleged incidents reportedly happened in properties belonging to the academy. Mr Arnault denies the allegations. The organisation later voted against removing Mr Arnault's wife, the poet and writer Katarina Frostenson, from its committee. This, along with accusations of conflict of interest and the leaking of Nobel winners' names, divided the organisation. What followed was a wave of resignations, including Ms Frostenson and the head of the academy, Prof Sara Danius. Only 11 members are now in place. Of those, one, Kerstin Ekman, has been inactive since 1989, when the academy refused to condemn the fatwa issued over Salman Rushdie's The Satanic Verses.Statutes require a quorum of 12 to vote in any new members. Technically, members are appointed for life to the Swedish Academy and cannot resign, although they can refuse to take part. Academy patron King Carl XVI Gustaf has said he will change the rules to allow them to quit formally. Two prizes for literature will now be announced in 2019. This is not the first time this has happened. For example, no prize was awarded in 1936, but the prize for that year was awarded a year later to American playwright Eugene O'Neill. The #MeToo campaign, which showed the prevalence of sexual assault, may have played a part in the academy's decision. It would have been difficult for potential winners to accept the prize with the academy in such turmoil. An earlier statement from the academy said the Nobel Prize for Literature's reputation had suffered "greatly", promising a plan to restore public confidence in the organisation. The Nobel prizes: Swedish scientist Alfred Nobel set up the prizes in his will in 1895. The five were Chemistry, Literature, Peace, Physics and Physiology (Medicine). The Nobel Prize for Economics was set up in 1968 in memory of Alfred Nobel. The awards are decided by different bodies. The Royal Swedish Academy of Sciences oversees Physics, Chemistry and Economics. The Nobel Assembly awards Medicine and the Swedish Academy covers Literature. Peace is the only award not decided by a Swedish organisation - the Norwegian Nobel Committee decides it. Literature has been awarded annually since 1901, save for six years during world wars and 1935. The winner receives a gold medal, a diploma and a cash sum based on the Nobel Foundation's income for the year. The laureate is invited to give a lecture and there is a banquet and award ceremony on 10 December.