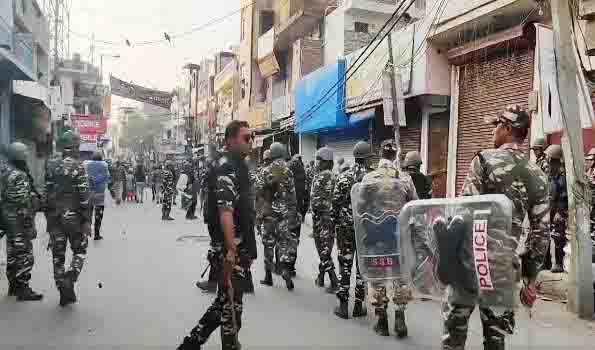 New Delhi,  The number of people who lost their lives in the clashes amidst demonstrations turning rogue at the North East Delhi, reached 34 on Thursday.
The deceased also included a head constable Ratan Lal and an Intelligence Bureau (IB) officer, whose body was recovered from a drain in violence-hit Chand Bagh area. Incidents of arson and stone pelting on locals and security forces, apart from other violence, were reported in the areas of North East Delhi, where the clashes erupted, following protests.
The violence mongers set ablaze houses, shops, vehicles and also a fuel station. As per hospital sources, out of these 34, nine people died due to bullet injuries.
Meanwhile, the situation is now said to be returning to normal in the main violence-hit areas, including Chand Bagh, Zafarabad and Shiv Vihar.
Special Commissioner of Police (Law and Order of the range) SN Srivastava said that as the situation is becoming normal, soon legal actions will be underway, with the filing of more FIRs in this regard.
So far, 18 FIRs have already been registered and 106 people have been detained.
Police also said that more arrests will be made in this connection on the basis of CCTV footage, which is being scanned by the force.