Now, Mallya says PM Modi should instruct banks to 'take back' the money 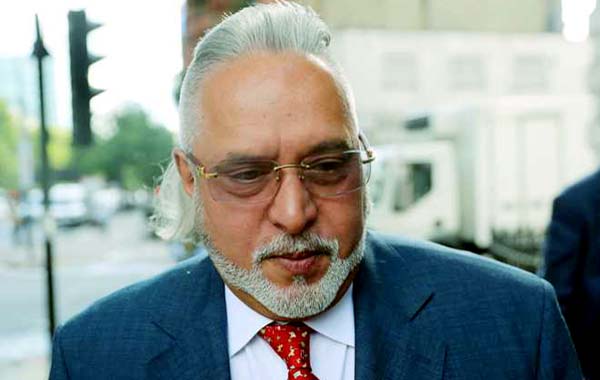 New Delhi, In quite an unusual but assertive note, fugitive business magnate Vijay Mallya on Thursday sought to join issue with Prime Minister Narendra Modi and wondered why the latter was "not instructing" banks to take the money he (Mallya) has offered to pay back. "I respectfully ask why the Prime Minister is not instructing his Banks to take the money I have put on the table so he can at least claim credit for full recovery of public funds lent to Kingfisher," Mr Mallya wrote in a series of tweets. The business tycoon, who has been ordered by the UK government for extradition to India, said, "The Prime Minister's last speech in Parliament (in Lok Sabha on Wednesday) was brought to my attention. He certainly is a very eloquent speaker. I noticed that he referred to an unnamed person who “ran away” with 9000 crores. Given the media narrative I can only infer that reference is to me". On this backdrop, Mr Mallya wrote - "I have made the offer to settle before the Hon’ble High Court Court of Karnataka. This cannot be dismissed as frivolous. It is a perfectly tangible, sincere, honest and readily achievable offer. The shoe is on the other foot now. Why don’t the Banks take the money lent to KFA ?" He also said - he is "appalled" to say the least at the media reports on the Enforcement Directorate claims "that I hid my wealth. If there was hidden wealth how could I put approximately Rs 14,000 crores worth of assets openly in front of Court ? Shameful misleading of public opinion but unsurprising". The ED has accused Mr Mallya of money laundering and he is chiefly also charged with defrauding a consortium of banks to the tune of Rs 9,000 crore apart from separate cases of tax evasion. On January 2 this year, Vijay Mallya was also declared a fugitive offender under the Fugitive Economic Offenders Act. Chief magistrate in an UK court has said that there was, prima facie, a case against Mallya for fraud, conspiracy and money laundering, describing him as “this glamorous, flashy, famous, bejeweled, bodyguarded, ostensibly billionaire playboy who charmed and cajoled these bankers into losing their common sense”.