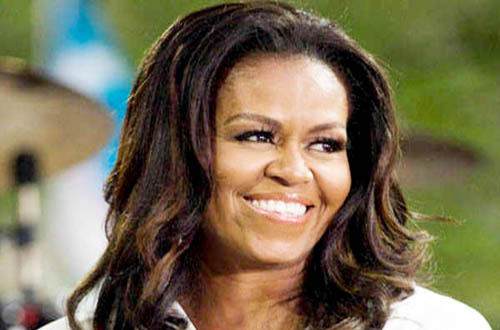 New York, Former US President Barack Obama has been named the most admired man in America for the 11th year in a row - but now he is joined by his wife, Michelle, who knocked Hillary Clinton off the perch to be voted the most admired woman. It is the first time in 17 years that a woman other than the former US presidential candidate and Secretary of State has been named the most admired woman in Gallup's annual poll. There are ten points between Ms Obama and her nearest rival, Oprah Winfrey, according to an SBS News report. Her jump to number one likely comes down to the release of her best-selling book, Becoming. Meanwhile, Ms Clinton has been staying out of the spotlight more than usual. And while Barack Obama has continued his number one streak, US President Donald Trump has come in second for the fourth year in a row. When it comes to the women, First Lady Melania Trump is sitting at number four, behind Ms Clinton who dropped to third place. Queen Elizabeth took out the fifth spot - the first non-American to make the Most Admired Woman list - followed by German Chancellor Angela Merkle, Supreme Court judge Ruth Bader Ginsburg, talk show host Ellen Degeneres, US politician Nikki Haley, Pakistani activist Malala Yousafzai and another US politician, Nancy Pelosi. The data shows American's hold talk show hosts in high esteem, with both Winfrey and Degeneres making the list.No entertainers appeared in the male list and only two non-Americans made the cut: Pope Francis and the Dalai Lama. After Mr Obama and Mr Trump, Americans said they admired George W Bush, Pope Francis, Bill Gates, Bernie Sanders, Bill Clinton, the Dalai Lama, Joe Biden, Elon Musk and Mike Pence, in that order. There is a six-point gap between first and second place in the Most Admired Man list. According to Gallup, this year is only the 13th time in 72 years the incumbent president didn't come in first. If Trump does not get to the top spot during his term, it will be only the second time that a US president has not had the honor. The survey, which has run every year since 1946, asked 1025 adult Americans to name the man and women, from any country in the world, whom they most admire.