Oil import bill will be reduced by 10 pc: Bhamre on bio-jet fuel programme 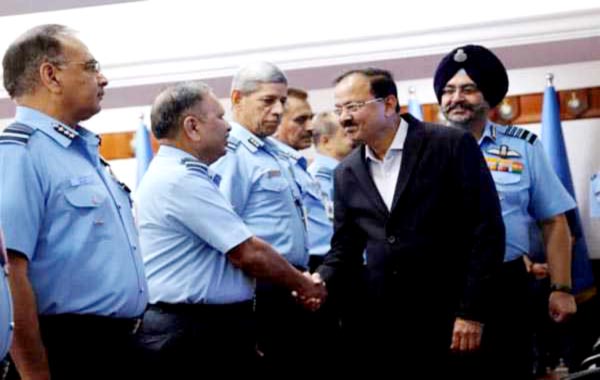 New Delhi, Commending the Indian Air Force’s (IAF) effort in promoting indigenization in many ways, Minister of State for Defence Subhash Bhamre on Thursday said oil import bill will be reduced by over 10 per cent in the long run by IAF implementing the bio-jet fuel programme. After inaugurating the second Bi-annual IAF Commanders’ Conference 2018 here, the minister said, “IAF leading the thrust to promote India’s indigenous bio-jet fuel program would surely go a long way in reducing India’s crude oil import bill by more than 10 per cent and augment farmers’ incomes substantially.” The two-day conference of top echelons of Air Force will deliberate on maintaining combat worthiness and the cutting edge of IAF by suitably refining the training pattern, an IAF spokesperson said. They will also discuss training for future inductions like Rafale and Tejas fighter Jets, Chinook and Apache helicopters; SPYDER and Medium Range Surface to Air Missile. On induction of LCA Tejas into IAF fleet, Mr Bhamre said, “I commend the IAF leadership in promoting indigenization in multiple ways. IAF’s resolve to wholeheartedly support the indigenous LCA programme by committing to procure 18 squadrons of LCA and its variants endorsing its capability is notable and praiseworthy.” While addressing the commanders, Air Force Chief ACM BS Dhanoa emphasized on the need for robust training of personnel in order to maintain IAF’s operational competence and reiterated “the need for holding an operational edge over our adversaries through focused operational training, keeping it in line with our concept of operations.” He stressed upon the need for joint training with Indian Army and Indian Navy in order to enhance the synergy between the services for ensuring national security. The commanders will also interact with a team of senior officials from HAL and discuss issues pertaining to production, upgradation, indigenization, design and development of various equipment and aircraft.