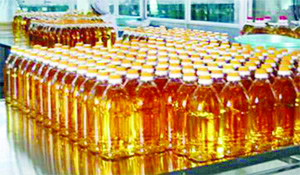 Agencies, Hyderabad The Oil Palm Developers and Processors Association (OPDPA), the nodal agency for oil palm development in India, has welcomed the Union Government decision to increase Import Duty on crude palm oil and RBD palm olien. The decision is in line with Prime Minister Narendra Modi-led NDA Government’s commitment to double farmers income in India by 2022, the Association said in a statement here on Monday. The Centre through a notification on March 1 has increased the import duty on crude palm oil to 44 per cent from the existing 30 per cent and RBD palm olein to 54 per cent from current 40 per cent. The net effective duty on crude palm oil after social welfare surcharge is 48.4 per cent and the same on RBD palm olein is 59.40 per cent. It is understood that the Central Government is taking these steps to keep its Budget promise of doubling farm income and ensuring Minimum Support Price (MSP) of agriculture produce at 1.5 times of the cost of production, the Association claimed.The Government has increased the duty on CPO and RBD Olein for the third time in the last 6 months. However, the first hike was rolled out in August last year and the latest decision is third.The Association also said the duty increase will have a direct benefit to the Oil Palm farmer community at large and will result in higher income for their produce. Commenting on the net effect of increase on Import Duty, Mr. Sanjay Goenka, President, Oil Palm Developers and Processors Association said, “ Increase in import duty helps farmers gain a higher return for their produce. Through the course of this year, the price per ton of fresh fruit bunches supplied by the farmers has gone up from Rs. 6,781 per ton in July 2017 to around Rs. 9,000 per ton due to increase in import duty. This has translated to a net increase of 33 per cent in the take home income for the farmers.