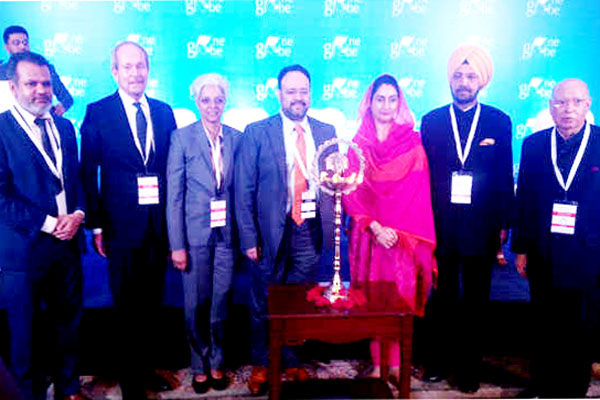 New Delhi, Stressing on women empowerment and child education, Union Minister of Food, Processing and Industries Harsimrat Kaur Badal on Friday said the country needs to learn a lot from other countries, where women are provided equal rights in every sector. Speaking during the 7th One Global Forum 2018, Ms Kaur said, 'In our country,women are still far away from knowing and exercising their rights. If the fairer sex is given equal rights in every sector, not only GDP, even the economy will drastically improve,' she said. The Minister hoped that in the coming days, the scenario would be different. 'From our side, we are trying our best to deal with such issues. We need to learn from different countries, where women are provided equal rights in every sector. I hope the future will give us better results,' she said. Ms Badal also spoke about the Indians' 'biased nature and behaviour,' due to which, women were not allowed to pursue their dreams and even their work largely remained unnoticed. 'I think in our country, everybody needs to assure gender equality because the mindset of people here is biased, which really needs to be improved,' she said. Speaking about women safety, the Minister regretted that in some countries, women are molested, raped, kidnapped and also get killed for greed such as dowry. She urged the people to start a movement and put an end to female foeticide. "Change the mindset of people. I am a mother of two daughters. When I had my second daughter, everybody said she does not have any son, but I am happy with my two daughters, its their problem, how they perceive it", she said. Chairman of One Globe Forum Dalbir Singh, ,founder and Chairman Trustee of The Loomba Foundation Lord Loomba, Baroness Sandip Verma, Member of the House of Lords, UK and Harjiv Singh, convenor of One Globe forum were present on the occasion.