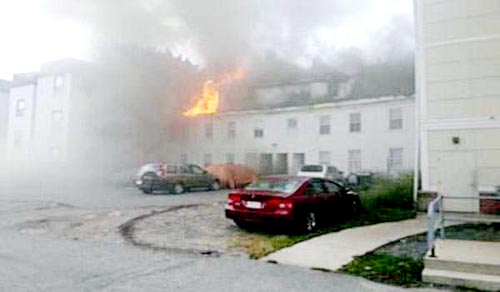 Washington,At least one person was killed and 12 were injured after a ruptured gas pipeline sparked a series of gas explosions, tearing home apart outside Boston, officials said. Homes serviced by Columbia Gas have been told to evacuate and turn off their gas supply, a report in London daily The London Evening Standard said. Power supply has also been shut off in the affected areas to prevent further damage.There have been at least 70 explosions late on Thursday afternoon in the towns of Lawrence, Andover and North Andover. Massachusetts State Police (MSP) confirmed on Twitter that at least 70 locations were affected by fires, explosions and "investigations of gas odor." "Numerous evacuations of neighborhoods where there are gas odors are underway," MSP tweeted. The injured were rushed to Lawrence Genreal Hospital.