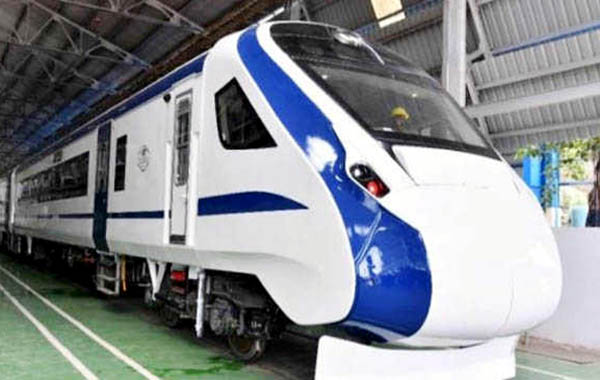 On board, Vande Bharat Express, Vande Bharat Express, India’s first semi-high speed indigenous train is eagerly gazed at by the onlookers on the tracks and crossings as it proceeds on its maiden inaugural run on Friday to Varanasi via Kanpur and Allahabad. Onlookers looked eager, excited to have the first look of the Train-18, from the production house of Chennai’s Integral Coach Factory. All of them want to record its video on their personal phone, thanks to the technology. Onlookers hold their smart phones high in their hands, recording the running train, which is plush white from outside with soothing interiors inside. Children or elderly, most of them residing nearby the railway tracks, wave in excitement.These onlookers must be watching trains every hour, but as Vande Bharat crossed by, their faces said it was something different. Just about 10-15 minutes distance away from Kanpur, somewhere in between the route, the ‘josh’ of waving and smiling onlookers remained high throughout. Earlier, Railway Minister Piyush Goyal said, 'It is an engineering marvel', adding that more such trains are scheduled for future. As of now, a total of 100 such trains are planned for production, of which tenders for 30 have been invited, he stated.