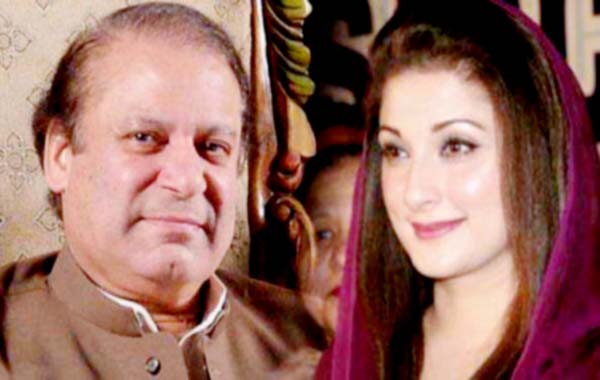 Islamabad, Former prime minister Nawaz Sharif and his daughter Maryam Nawaz left London for Pakistan early Friday morning. The Pakistan Muslim League leader and his daughter are expected to land at Lahore's Allama Iqbal International Airport at 1815 hrs in the evening, Dawn reported. Mr Sharif, along with his daughter, was in London, where his wife Begum Kulsoom is said to be comatose and admitted at a London hospital. A 16-member team has been formed to arrest the father-daughter duo after they arrive and shift them to a jail in Rawalpindi, the Pakistan daily said. The two PML-N leaders are returning to Pakistan to face a prison sentence handed out on July 6 by an accountability court in the Avenfield reference case, in which the judge ruled that Nawaz, Maryam and her husband Captain Safdar own assets beyond known income. They were respectively handed jail sentences of 10, seven and one year each. Maryam was given seven years for abetment after she was found "instrumental in concealment of the properties of her father" and 1 year for non-cooperation with the bureau. These sentences will also run concurrently; she will serve 7 years in total. According to the verdict, she "aided, assisted, abetted, attempted and acted in conspiracy with her father". "The trust deeds produced by the accused Maryam Nawaz were also found bogus," read the judgement.