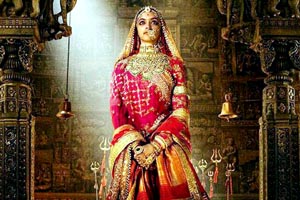 By Rajesh Ahuja New Delhi, The decision of makers of Deepika Padukone-Ranveer Singh starrer 'Padmavat' to release the film on the Republic Day weekend has caused a major shake up in the release dates of Bollywood films. The film, earlier titled 'Padmavati', had been originally scheduled to release on December 1 last year but the producers of the film Viacom 18 had deferred the film after protests from the Rajput community over the film's content. Following the Censor Board giving clearance to the film on some conditions, including the change in name to 'Padmavat', the makers decided to release it on January 25, a move clearly aimed at taking advantage of the Republic day weekend. The move has, however, impacted 'Padman' and 'Aiyaary', which were scheduled to release on the same date. Following the decision of the makers of 'Padmavat' to release the film on January 25, the producers of the Siddharth Malhotra, Manoj Vajpayee starrer 'Aiyaary' decided to postpone its release to February 9, a move clearly aimed at avoiding clash with the Big Budget period venture. 'Aiyaary' shifting to February 9 has in turn impacted the release dates of many small and medium budget films scheduled for release around February and March. Among the films to be impacted is Anushka Sharma's next production venture 'Pari'. The film, which was initially supposed to come out on February 9, has now been shifted to March 3. It will now clash with Dharma Production’s 'Drive', which releases on the same date. Trade sources say that postponement of 'Aiyaary ' to February 9 is also likely to impact 'Sonu Ke Titu Ki Sweety', which now shares the release date with 'Aiyaary '. The coming days could also witness the makers of the film shift its release date. Other films likely to be impacted are Sudhir Misra's 'Daasdev', the filmmaker's modern take on Sarat Chandra Chatterjee's 'Devdas', as well as Excel entertainment's 'Three Storeys ' and Kriraj entertainment's 'Parmanu the story of 'Pokhran '. Trade experts feel that the sudden announcement of 'Padmavat' release date and shift in release dates of 'Aiyaary' and 'Pari' could also impact release dates of films scheduled to come in April, which includes 'Yamla Pagla Deewana Phir se' and 'Baaghi 2'.