Padmavat to release on January 25 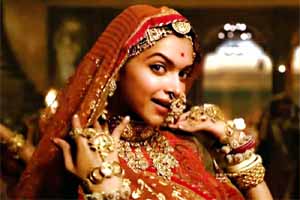 Agencies, Mumbai The fate of Sanjay Leela Bhansali’s ‘Padmavat’ (originally titled as ‘Padmavati’), has now been sealed. Bringing a final close to the unending wait for its release, the film has now been reportedly scheduled to release on January 25, 2018. Sources said that producer Viacom 18 finalised upon the aforementioned date as they hope to release Padmavat within the next 18 days. Recently there was news about Padmavati having a name change and 4 other major modifications with few minor to get the censor certificate. We didn’t hear anything official from the makers on this but now the strong buzz says it is releasing on 25th January. As per sources major exhibitors have got letters from Viacom. It is also been said the makers have got the censor certificate last night. The movie is made on a humongous budget and requires first few days to be huge. 26th January, being a Friday will result into a long weekend for the film. The movie will enjoy a 4 day weekend. Prior these reports flowing in we saw the makers of Padman pulling the release date a day before it was suppose to be released i.e. 25th January. Now when everyone thought it’s a conscious effort of Padman makers to amass a good word of mouth before the Republic Holiday and weekend, it seems the real reason is something else. Reports all suggest if Padmavati releases on 25th January, Aiyaary will get postponed to 9th February. This surely will be a sad state for Padman because even if its content is out of the world it’ll face a setback in this clash. Padmavati will eat up a huge chunk from Padman‘s business. Still the official announcement is yet to be made and is said to clear things in next couple of days. Whatever the result maybe, there is a double treat waiting for you on Republic Day.