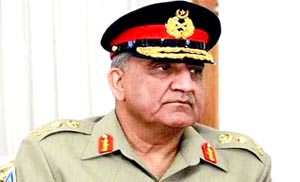 Islamabad, Pakistan Army Chief General Qamar Javed Bajwa has approved death penalty for 10 terrorists, including those who shot dead Amjad Sabri, one of the country’s finest Sufi Qawwals. The terrorists were identified as Muhammad Ishaq, Muhammad Rafique, Muhammad Arish, Habibur Rehman, Muhammad Fayaz, Ismail Shah, Muhammad Fazal, Hazrat Ali, Muhammad Asim and Habibullah. In a statement on Monday, the military’s media wing said the terrorists, tried by special military courts, were involved in killing of 62 people. Ishaq and Asim were involved in the killing of Sabri and attacking the law enforcement agencies/armed forces of Pakistan, which resulted in death of 17 officials. Sabri (45) was son of renowned Qawwal Ghulam Farid Sabri. He was travelling in a car in Karachi’s congested Liquatabad 10 area when two motorcycle-borne gunmen shot him in the head in a targeted terror attack on June 22, 2016.