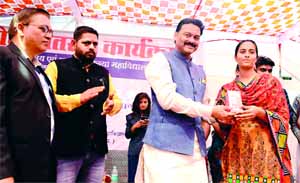 Agencies, Islamabad Amid escalating tensions between Pakistan and India, Foreign Minister Shah Mahmood Qureshi on Friday reached Beijing for consultations with Chinese leadership after New Delhi revoked Article 370 in Jammu and Kashmir. "During the visit, the Foreign Minister will have important meetings with the Chinese leadership." Radio Pakistan said. Speaking to the media before leaving, the Foreign Minister said he will take the Chinese leadership in confidence over the situation in Kashmir. On August 5, India revoked the controversial Article 370 which gave special status to Jammu and Kashmir. Terming Article 370 a 'major hurdle' in the development of the state, Union Home Minister Amit Shah said politics of vote bank has looted the youth of Jammu and Kashmir for over 70 years and is equally harmful for people of all religions. He also said because of Article 370, democracy never took root in J&K, corruption flourished, widespread poverty took root and no socio-economic infrastructure could come up. "It is the root cause of terrorism." he added. Meanwhile, Pakistan has been continously accusing India for resorting to unconstitutional measures in dealing with Kashmir.