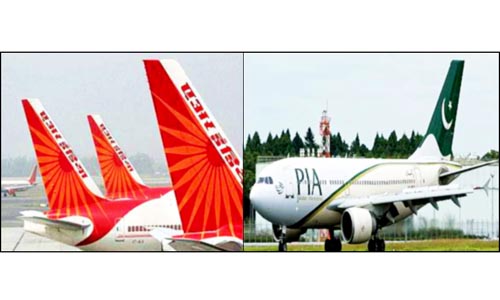 Islamabad, Pakistan will review re-opening of its airspace for Indian flights on Wednesday, a civil aviation official has said. However, a senior minister indicated the status quo will remain till the elections are over in India. "The Pakistan government will decide whether to lift or not its airspace ban for the Indian flights on May 15," Pakistan's Civil Aviation Authority spokesperson said. Pakistan and India had closed their airspace for each other on February 26 after rise in tension between the two nuclear countries. Owing to ban on its airspace by India, Pakistan has suspended flight operations for Bangkok, Kuala Lumpur which is causing a loss of millions of rupees per day. PIA used to operate four flights to Kuala Lumpur, two to Bangkok and two to New Delhi. The operating cost for Air India, which flies to destinations in Europe and the US, reportedly has increased significantly as it had to take longer routes due to closure of Pakistan airspace. The airlines and civil aviation authorities of both the countries are enduring massive losses. The flights between Europe to Far-East are not only facing massive financial losses, but the flight duration has also increased.