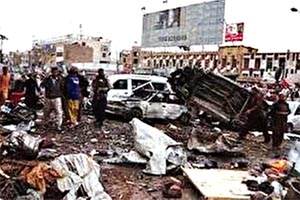 Agencies, Islamabad More than 1,800 Pakistani Muslim clerics have issued an Islamic directive, or fatwa, forbidding suicide bombings, in a book unveiled by the government on Tuesday. For years, Pakistan has been plagued by violence by Islamist militants, who often use suicide bombers and preach that their struggle is a holy war to impose Islamic rule.Suicide attacks are frequently condemned as fanatical and immoral, especially when civilians are killed, but insurgents view the tactic as their most effective weapon. Seeking to curb “terrorism” that has resulted in tens of thousands of casualties since the early 2000s, the clerics declared suicide bombings to be forbidden, or “haraam”. “This fatwa provides a strong base for the stability of a moderate Islamic society,” Pakistan President Mamnoon Hussain wrote in the book, prepared by the state-run International Islamic University and released at an official ceremony. “We can seek guidance from this fatwa for building a national narrative in order to curb extremism, in keeping with the golden principles of Islam.” Foreign and domestic critics of Pakistan’s government and military accuse them of cozying up to radical groups for political and military purposes and say the state has turned a blind eye to hate preachers in mosques for too long. The fatwa was ratified by a number of prominent clerics who are outspoken critics of liberalism and the West, and are seen as controversial for preaching sectarianism or supporting the Afghan Taliban.