People waiting to vote for change in 2019: Sibal 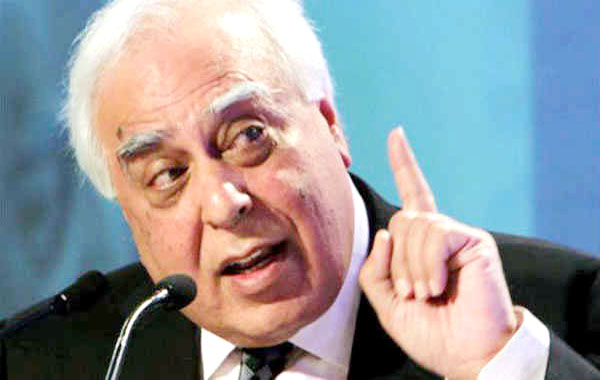 New Delhi, Terming the No-Confidence Motion being discussed in the Lok Sabha on Friday as an expression of 'no confidence' in the falling rupee and the government investigating agencies, senior Congress leader Kapil Sibal on Friday said people of the country were waiting to vote for change in 2019. In a tweet, Mr Sibal said, 'No Confidence : In the government In the Rupee at an all time low of 69.05 In investigating agencies People are waiting to vote for change in 2019.' Discussion is currently going on over the No-Confidence Motion, brought by TDP in the Lok Sabha, on Friday. While the government expressed confidence of defeating the Motion, the Opposition was aiming to highlight the failures of Modi government during the discussion.