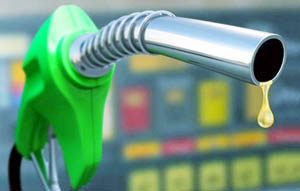 New Delhi: The uptrend in petrol prices continued on Sunday, as the product rose in the range of 15 paisa to 17 paisa per litre across the country.Petrol prices touched a record Rs 73.73 a litre while diesel rates touched an all-time high of Rs 64.58 in the national capital. Petrol prices saw a surge despite a global crude oil recording drop in today’s trading session. International prices fell about 1 per cent after data showed US crude inventories unexpectedly rose 1.6 million barrels last week, weighing on market sentiment. Petrol prices have been on mixed bag since the start of 2018, as oil companies like Hindustan Petroleum Corp Limited (HPCL), Indian Oil Corp (IOCL) and Bharat Petroleum Corp Limited (BPCL) deciding the final retail petrol price by taking into consideration the international crude basket, plus state’s Value Added Tax (VAT) and government’s excise duty. The Oil Ministry had earlier this year sought a reduction in excise duty on petrol and diesel to cushion the impact rising international oil rates.India has the highest retail prices of petrol and diesel among South Asian nations as taxes account for half of the pump rates.