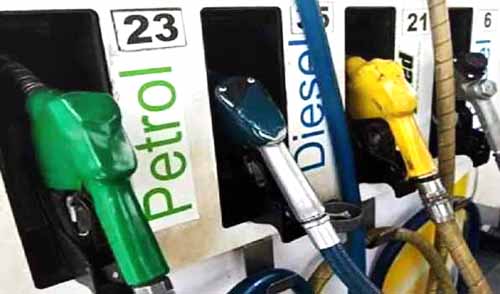 New Delhi, Petrol prices rose again on Monday for the fifth consecutive day across major cities in the country as people in Mumbai have to shell out Rs 76.54 per litre.Petrol prices in all the metro cities increased by 15-16 paise a litre while diesel became costlier by 13-14 paise. In the national capital, petrol is retailing at Rs 70.91 per litre as against Rs 70.76 on Sunday. While diesel costs Rs 66.11 a litre. In Mumbai, petrol price was increased by 15 paise to Rs 76.54, according to data from Indian Oil Corporation website. People in Kolkata have to pay Rs 73.01 for a litre of petrol. While a litre of diesel costs Rs 67.89.In Chennai, petrol is retailing at Rs 73.61 per litre while diesel at Rs 69.84.