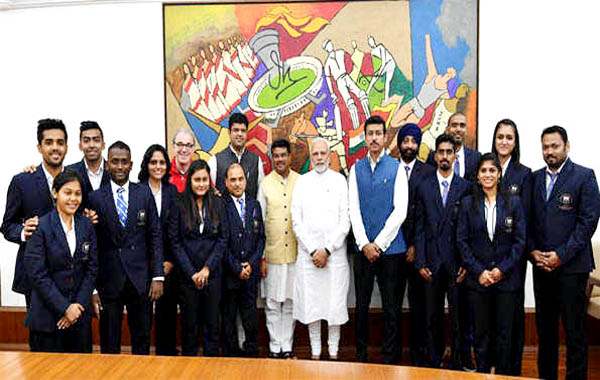 New Delhi, Acknowledging the rise of sporting talents from small towns in India, Prime Minister Narendra Modi on Monday emphasised the need for continuously nurturing them. Interacting with the Commonwealth Games 2018 medal winners in Table Tennis who had called on him at Parliament House, the Prime Minister congratulated the medalists for their exemplary performance in the international arena. He added that their performance have made the entire nation proud. Also present during the Prime Minister’s interaction with the winners were Minister of Petroleum and Natural Gas Dharmendra Pradhan and Minister of State (Independent Charge) for Youth Affairs and Sports Col Rajyavardhan Rathore.