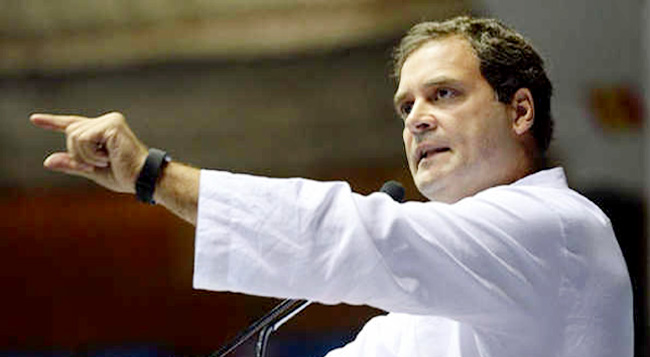 New Delhi, Congress president Rahul Gandhi on Thursday charged Prime Minister Narendra Modi of being insensitive of the plight of the soldiers killed in the February 14 Pulwama attack. In a post on social media, Rahul charged the PM of "gifting" Rs 30,000-cr of the martyrs’ money and denying them the status of ‘Shaheed’. ‘’The brave are martyred. Their families struggle. Forty jawans give their lives but are denied the status of “Shaheed”. While this man has never given & only taken. He’s gifted 30,000-cr of their money and will live happily ever after. Welcome to Modi’s NEW INDIA,’’ the Congress president said in a tweet without mentioning clearly who the beneficiary was of the martyrs’ money. The tweet came hours after the Congress, in its fiercest attack on the PM since the February 14 attack, charged him of mocking the memory of the martyr. The party also asked the PM to take responsibility on the attacks for failing to act on the intelligence inputs warning of a Jaish-e-Mohammed attack.