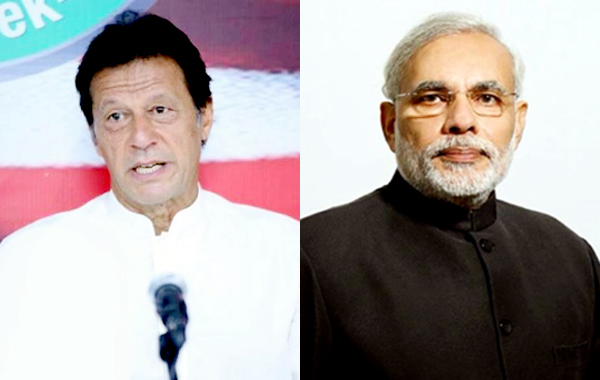 Islamabad, Prime Minister Imran Khan has written a letter to Indian Prime Minister Narendra Modi, calling for the resumption of the peace dialogue between the two countries, according to the media reports. "PM has responded to PM Modi, in a positive spirit, reciprocating his sentiments," shared Foreign Office Spokesperson Dr Muhammad Faisal on Twitter, without specifying whether the communication was via a letter. "Let’s talk and resolve all issues. We await formal response from India." According to the media reports, PM Khan specifically sought a meeting between Foreign Minister Shah Mahmood Qureshi and his Indian counterpart Sushma Swaraj on the sidelines of the United Nations General Assembly (UNGA) in New York later this month. During Wednesday's weekly briefing, Dr Faisal had said ? while responding to a question about the chances of a bilateral meeting between the FMs on the sidelines of the UNGA ? that no decision had yet been taken on it. "We are engaged in the matter," he said. The letter from the premier is a response to Modi's communique earlier this month to PM Khan, seeking "meaningful and constructive" engagement between the two neighbours. The media reports quoted diplomatic sources as saying that PM Khan in his letter called for the resumption of the comprehensive dialogue process between the two countries. Khan wrote that India and Pakistan should resolve all outstanding issues, including terrorism and Kashmir, through dialogue.