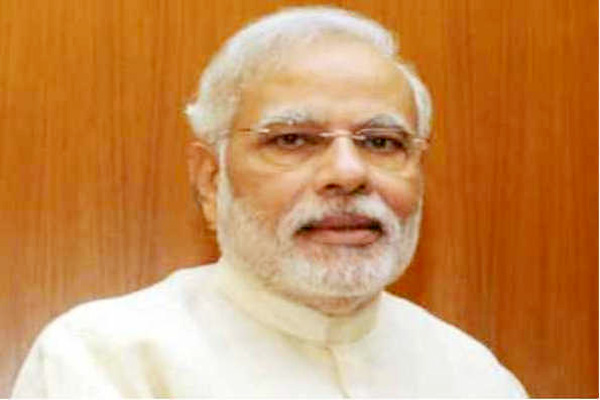 New Delhi, Prime Minister Narendra Modi is leading a nationwide `save democracy’ (Loktantra Bachao) fast on Thursday from 1000 hrs till 1700 hrs to protest against washout of the second part of the Budget session of Parliament owing to stalling of proceedings by Congress and other parties. "To expose the Congress for its undemocratic style of functioning, and pursuing divisive politics and anti-development agenda, Prime Minister Narendra Modi will observe a day-long fast on April 12 while continuing his routine official work. He will be joined by BJP MPs who will also observe a day-long fast and hold ‘dharnas’ across India," said a BJP statement. Mr Modi will observe the fast but that would not stop him from continuing routine official work, including inaugurating 10th edition of Defence Expo in Chennai in Kancheepuram district that has been on edge due to protests over Cauvery water issue. "The Prime Minister will also visit the Cancer Institute, Adyar in Chennai," an official statement said on Wednesday. BJP leaders all over the country, including Union Ministers and BJP chief Amit Shah in Karnataka, will join the Prime Minister in the symbolic fast from 1000 hrs till 1700 hrs. Information and Broadcasting Minister Smriti Irani will fast in Amethi, Home Minister Rajnath Singh in Lucknow, Highways and Water Resources Minister Nitin Gadkari in Nagpur, Law Minister Ravi Shankar Prasad in Patna, Minority Affairs Minister Mukhtar Abbas Naqvi in Ranchi and Environment Minister Harsh Vardhan in Delhi. External Affairs Minister Sushma Swaraj will observe fast in New Delhi. Union Minister of Human Resource Development Prakash Javadekar will be in Bengaluru. Union ministers Suresh Prabhu, Maneka Gandhi and Meenakshi Lekhi will be at Hanuman Mandir in Connaught Place in Delhi staging the protest and observing the fast. Defence Minister Nirmala Sitharaman will observe the fast in Chennai while Union Minister Thawarchand Gehlot will be in Indore at the time of the protest. Minister of State for Parliamentary Affairs Vijay Goel will observe fast at Shastri Park in New Delhi. "Frustrated of being out of power and seeing its popularity dipping to lowest level, the Congress in a planned way is conspiring to spread fear in the society and trying to create an atmosphere of confusion in the country. By inciting hatred and creating rift in the society, the Congress party is disturbing peace and harmony of the country. The entire Budget Session of Parliament which was meant for discussion on important issues related to common man was disrupted by the Congress," the BJP statement said. Hitting back, the Congress termed the fast as nothing but a "photo-opportunity" and "drama" and said, "This is not time for the PM to sit on fast, this is time for his retirement. If not now, then after 2019 they will have to retire."