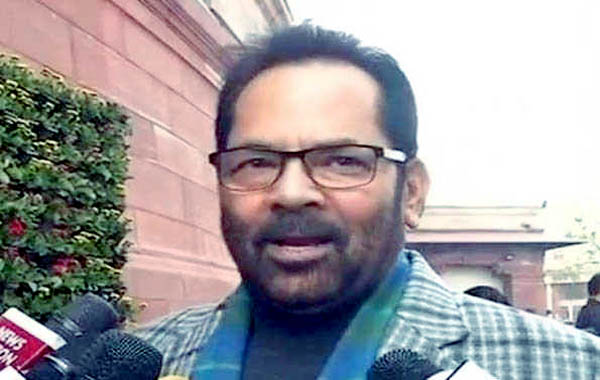 New Delhi, Reacting to former Prime Minister Manmohan Singh's statement that he 'was not a PM who was afraid of talking to press', Union Minority Affairs Minister Mukhtar Abbas Naqvi on Wednesday said the veteran Congress leader talked on someone else’s script and that Prime Minister Narendra Modi “does not need a prompter or a director.” Speaking to reporters outside Parliament, Mr Naqvi said, “He is a senior leader and a former Prime Minister. When he was the Prime Minister he used to talk on someone’s order and script, even now he is doing the same. He should realise that Prime Minister Modi doesn't need prompter, script or a director.” On Tuesday, at the launch of his book ‘Changing India’, the former prime minister had taken a dig at Prime Minister Modi, saying that he was not a PM who was afraid to talk to the press. “People say I was a silent Prime Minister. I think these volumes (his book 'Changing India') speak for themselves. I wasn't the PM who was afraid of talking to the press. I met press regularly and on every foreign trip I undertook, I had a press conference on return,” Dr Singh had said. Referring to an event of 2005, the veteran Congress leader said during a visit to Washington, he was advised by officials to not address a press conference organised by National Press Club. According to Dr Singh, though the officials were "nervous" about the press meet, it turned out to be successful. The record of the event has been detailed in the former prime minister's book. Dr Singh has often been critical of the function of Prime Minister Modi and his various measures like demonetisation and GST implementation.