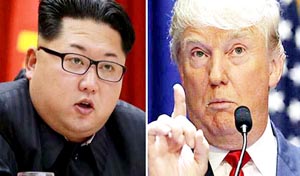 Vladivostok (Russia),  Prime Minister Narendra Modi on Wednesday held bilateral talks with Russian President Vladimir Putin and lauded the Russian leader's far-sighted vision and commitment for the development of Far East Russia. "I am convinced of your commitment and vision for the development of the region....," Prime Minister said at the end of two-hour long delegation level talks. "Your invitation to me, for Eastern Economic Forum is a matter of great respect. This is a historical occasion to give a new dimension to cooperation between two countries. I am keenly waiting to participate in the Forum meet tomorrow (September 5)," Mr Modi said. Prime Minister Modi also said the visit and bilateral talks would "open new pathways" of cooperation between two sides on the cutting edge technologies in the shipbuilding exercise. "During our visit, President Putin showed me cutting edge technologies at the shipyard. My visit opens up new pathways of cooperation in this important field," Mr Modi tweeted. In another missive, Mr Modi wrote, "Deeply touched by President Putin’s gracious gesture to accompany me to Zvezda shipyard, which is poised to make a huge contribution to development of Arctic shipping".Earlier both the leaders visited the Zvezda shipyard. "Scripting new chapters of India-Russia friendship! President Putin and PM Narendra Modi meet in Vladivostok. In a special gesture, President Putin accompanied PM to the Zvezda shipyard," a missive in the micro blogging site from Prime Minister's Office (PMO) said. Speaking at the end of delegation level talks, President Putin said it was an "honour" for his country to confer the prestigious highest Russian civilian award 'Order of Saint Andrew The Apostle'. In April this year, a decree from the Putin's office in Moscow said the prestigious award has been given to Mr Modi for "distinguished achievement in development of the Special and Privileged Strategic Partnership between Russian Federation and the Republic of India". In a statement here, Ministry of External Affairs had welcomed the decision. "The award signifies the special and enduring strategic partnership between India and Russia marked by exceptional warmth and friendship extending to our peoples," the statement has said. The Eastern Economic Forum will also be attended by Japanese Prime Minister Shinzo Abe, Mongolian President Khaltmaagiin Battulga and Malaysian Prime Minister Mahathir Mohamad. The three-day event will also see participation from a number of other countries at ministerial level, including China, South Korea, North Korea, Singapore and Indonesia. The three-day Eastern Economic Forum 2019 will take place at the Far Eastern Federal University (FEFU) campus. The Eastern Economic Forum was established by decree of the President of the Russian Federation Vladimir Putin in 2015 to support the economic development of Russia’s Far East and to expand international cooperation in the Asia-Pacific region. PM Modi has been invited as the chief guest for the Forum this year.