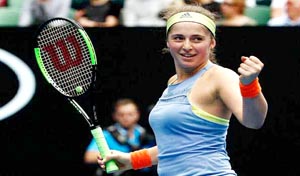 Agencies, Osaka (Japan) Prime Minister Narendra Modi on Saturday invited G20 member nations to join the International Coalition on Disaster Resilient Infrastructure - an initiative mooted by him to help the smaller nations especially after calamities. "PM Narendra Modi laying special emphasis on building a disaster resilient future, invites G20 countries to join the International Coalition on Disaster Resilient Infrastructure," MEA spokesman Raveesh Kumar tweeted. Prime Minister in his remarks at the G20 Session on Quality Infrastructure Investment and Development Cooperation said: "Disaster resilient infrastructure is required not only for development, but it is also necessary to combat natural calamities. In this regard I stressed upon the need of an international coalition in the G20 conference of Buenos Aires. I invite the G-20 countries to join this coalition and share their experience and expertise". Mr Modi and the Indian government is keen to launch this new global initiative "sometime later this year", Foreign Secretary Vijay Gokhale has said on Thursday after PM Modi's bilateral talks with Japanese counterpart Shinzo Abe. "Precise details will obviously be given later," he has said. "Essentially the thinking behind this is that every time a major disaster occurs immediate relief and rehabilitation is given and thereafter small countries, vulnerable countries and developing countries are left to fend for themselves where it means rebuilding the infrastructure," Mr Gokhale has said. "This is a space which has not been filled by anybody yet. It does not compete with UN organizations which are in relief or rehabilitation," Mr Gokhale has further said.