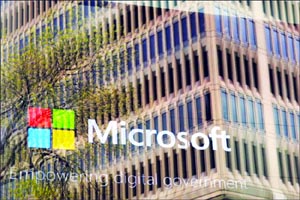 Agencies, Osaka Prime Minister Narendra Modi wrapped up his three-day long Japan visit after holding a series of crucial bilateral, plurilateral meetings and after attending G20 Summit. During his stay here, Mr Modi held parleys with the US President Donald Trump, Russian President Vlaimir Putin, Chinese leader Xi Jinping and host Japanese Prime Minister Shinzo Abe among others. At the Informal meetings under the BRICS and RIC framework, Prime Minister made a strong case for organising a world conference on terrorism at the earliest and the move found 'resonance' among several world leaders. "It's (terrorism) a scourge," remarked MEA spokesman Raveesh Kumar adding Prime Minister Modi has definitely "flagged off" this idea in several bilateral meetings. ".....and from the response I can tell you that it was quite encouraging, because of course it is a topic which no body can ignore. I think it has found resonance and it has found mention in several of Prime Minister's interventions," Mr Kumar said. However, to a specific query, he said to say the number as to how many countries have supported this would not be possible. In a joint statement BRICS condemned terrorism in all its forms. The terror issue figured at the RIC - Russia, India and China meet on Friday and according to Foreign Secretary Vijay Gokhale, the idea got the backing of Russian President Vladimir Putin and Chinese leader Xi Jinping. Mr Gokhale said terrorism figured prominently at the deliberations and Prime Minister Modi said it was a serious challenge. "PM Modi was assured that Russia and China would support this (global conference) on terrorism," Mr Gokhale said here on Friday. Mr Modi also had tweeted, "The RIC meeting was an excellent forum to discuss ways to enhance multilateral cooperation between our nations and work to mitigate challenges being faced by our planet, most notably terrorism and climate change". During parleys with President Trump, Prime Minister told him that it is time to 'look forward' beyond what has happened in the past on trade tariffs and matters related to US decision to revoke Generalized System of Preferences (GSP). The Osama meet was Mr Modi's sixth G20 Summit. During bilateral talks with Saudi Crown Prince Mohammed bin Salman bin Abdulaziz Al Saud, Prime Minister "particularly appreciated" the efforts being made by Saudi Arabia in ensuring that the oil supplies have remained stable and the "oil prices have remained predictable in the last few months". Saudi Crown Prince has invited Mr Modi to attend an international event later this year and Prime Minister has accepted the same, Mr Gokhale said. Prime Minister also held bilateral talks with French President Emmanuel Macron, Canadian PM Justin Trudeau, Chancellor Angela Merkel of Germany and South Korean President Moon Jae-in. On Saturday, he met Australian PM Scott Morrison, Indonesian President Joko Widodo, Brazil President Jair Bolsonaro and Turkish President Recep Tayyip Erdogan and discussed among other things about defence manufacturing, bilateral relationship and regional and global issues.