PM pays tributes to Sardar Patel on his death anniversary 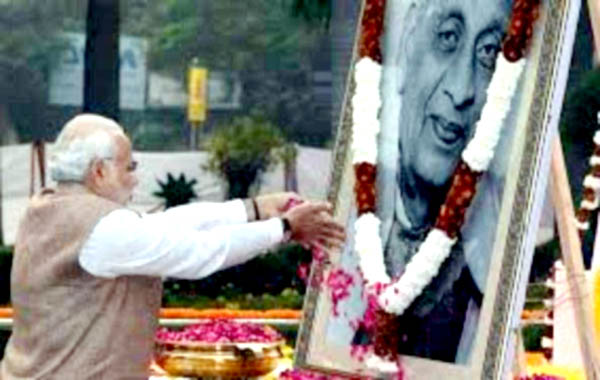 New Delhi, Prime Minister Narendra Modi on Saturday paid tributes to country's first Home Minister Sardar Vallabhbhai Patel on his death anniversary. "Remembering the great Sardar Patel on his Punya Tithi. His thoughts, rich work and strong effort towards India’s unity inspire generations of Indians," Prime Minister tweeted. Born on October 31, 1875, Sardar Patel breathed his last on December 15, 1950. On the occasion of birth anniversary of Sardar Patel on October 31, Prime Minister Modi had dedicated to the nation the much-talked about Statue of Unity in honour of country's first Home Minister. The 182-metre statue of Patel stands on Sadhu island on the Narmada and is said to be twice the height of the Statue of Liberty in the US.