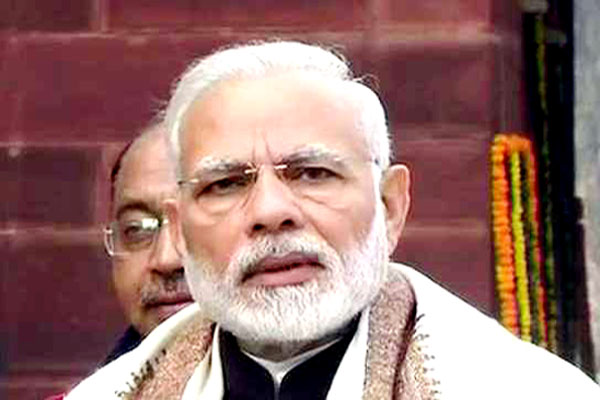 Kailashahar (Tripura), All eyes are on two election rallies Prime Minister Narendra Modi will address on Thursday - one here and the other at Sonamura in the run up to the much awaited February 18 Assembly elections in CPI-M ruled Tripura."In Tripura today. Will address rallies in Sonamura and Kailashahar today," Mr Modi tweeted. The Prime Minister's two mega rallies come amid reports and various surveys predicting that the BJP has seen phenomenal growth in last two years and also that the party records a significant jump in the vote share. The BJP vote share in 2013 Assembly polls was near negligible at 1.57 per cent and in 2014 parliamentary polls had risen to 5.7 per cent.However, the BJP poll strategists now claim that the saffron party have recorded near about 50 per cent vote share. Even some media surveys have predicted significant increase in vote share while the CPI-M led Left Front has dismissed such prospects saying the survey reports were grossly rigged. Meanwhile, according to reports reaching this town - just on the eve of Prime Minister's rally - many new faces and substantial number of workers and supporters from other parties are joining BJP. Moreover, Prime Minister Modi's first rally in the state at Sonamura on Thursday afternoon is being seen as a major challenge to Chief Minister Manik Sarkar as his one time pocket borrow constituency Dhanpur also falls in nearby areas. A few CPI-M leaders are admitting in private that due to 25-year-long undisturbed Left rule in the state, the BJP's slogan 'Chalo Paltai (Come, Let us Change)' is showing some impact and can reflect anti incumbency mood against the CPI-M led regime. Meanwhile, elaborate arrangements are being made here for Mr Modi’s mega rally here wherein BJP’s star vote catcher will seek votes from the electorate of Tripura – which for long is known as a communist bastion. Candidates from at least 20 constituencies from the three districts of North Tripura, Dhalai and Unakoti are likely to be paraded before the voters at the spacious College Stadium Ground here. “We all are eagerly waiting for Mr Modi’s election rally for this year’s decisive election. The mega rally would mark the end of communist raj in Tripura, which has long suffered lawlessness and under-development under Manik Sarkar,” said Sipra Das, a BJP woman worker from nearby Kamalpur. The saffron party poll strategists feel the BJP show will be more than satisfactory in seats like Dharmanagar, Yuvrajnagar, Bagbasa, Fatikray, Kamalpur, Khowai and Ambasa. Meanwhile, a section of CPI-M maintain that as against the BJP’s star campaigners including the central ministers, Chief Minister Manik Sarkar remains the “best trump card” for the Left Front. “Our senior leaders like Prakash Karat, Subhashini Ali and Sitaram Yechury have already visited the state and campaigned. We don’t need TV serial stars to campaign to woo our voters,” said Raja Das, a CPI-M worker here in reference to the visit by Union Minister Smriti Irani and Rajya Sabha MP Roopa Ganguly. The BJP would also bring in UP Chief Minister Yogi Adityanath for two-day marathon election rallies on February 11 and 16.The CPI-M led Left Front government came to power in Tripura in 1993 after the end of five year Congress rule and the incumbent Chief Minister Manik Sarkar is in office since 1998. The BJP leadership has eyed this northeastern state to wrest power and the party’s organisational growth has been phenomenal in last two years.Faced with an aggressive election campaign by the BJP, the CPI(M) on Thursday planned a major election rally at Shantir Bazar in Surma Assembly segment in Dhalai district. The rally to be addressed by CPI(M)'s star campaigner Manik Sarkar has been planned in this region in northern part of Tripura coinciding with the timing of Mr Modi's rally at Kailashahar apparently seeking to 'upset' BJP's Mega Rally to be addressed by the Prime Minister.