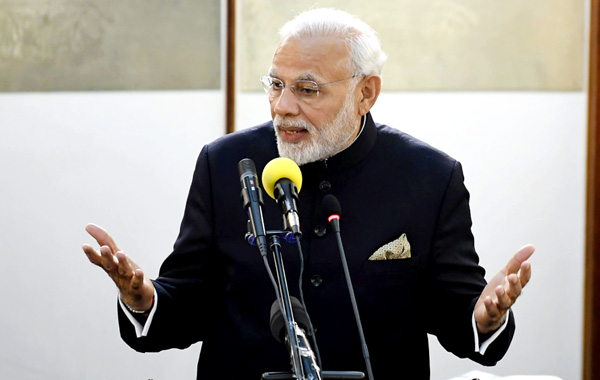 Johannesburg, Prime Minister Narendra Modi will attend the 10th BRICS Summit that got underway here on Wednesday and will end on Friday. Hosted by South Africa today, the theme of this year's three-day summit is, 'BRICS in Africa - collaboration for inclusive growth and shared prosperity in the 4th Industrial Revolution'. "The theme is reflective of the core priorities of each one of the BRICS members, notably to strive towards the creation of an inclusive society and global partnerships that will bring prosperity to all humankind," an official announcement said here. "The theme is also intended to align and ensure strategic continuity with the approved themes for South Africa’s Chairmanship of both the South African Development Community (SADC) and the Indian Ocean Rim Association (IORA)," it said. According to sources, for the first time, a BRICS leaders' retreat is being organised wherein the leaders and country heads will deliberate on BRICS co-operation during the decade and on its future prospects. The meeting of the bloc made up of five leading countries in the global South — Brazil, Russia, India, China and South Africa comes on the backdrop of full-blown US-China trade war and the possibility of this phenomenon opening up avenues for the BRICS nations. The member nations are also expected to deliberate upon global hot-spot issues, international peace and security and global governance. The three-day summit began on Wednesday with the BRICS Business Forum Meet. The new areas of BRICS cooperation as proposed by South Africa, also would include among other things, establishment of a Working Group on Peacekeeping; establishment of a Vaccine Research Centre for Collaboration with BRICS vaccine innovation and development partners, establishment of a BRICS Gender and Women’s Forum and establishment of a BRICS Tourism Track of Cooperation. Besides attending the summit, Prime Minister Modi is expected to hold bilateral meetings with the leaders of the four other participating nations. Mr Modi and Chinese President Xi Jinping are set for a one-on-one bilateral meeting on the sidelines of the ongoing BRICS Summit. The Chinese government has also said that both India and China share "same vision" about cooperation with Africa. "According to what is scheduled at this point, the two leaders will hold another meeting on the sidelines of the BRICS Summit in South Africa. This will be the third meeting between President Xi Jinping and Prime Minister Narendra Modi just in months, which fully showcases the positive momentum in China-India relations," Chinese Foreign Ministry spokesman Geng Shuang has said on Tuesday. "As the two largest developing countries and emerging markets in the world, both China and India are willing to help Africa accelerate its industrialisation within the framework of South-South cooperation and achieve its self-development," he has said.